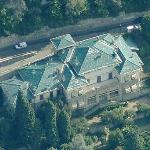 By jdubble07 @ 2012-06-04 04:41:42
@ 43.69591917, 7.3275888
St Jean Cap Ferrat, France (FR)
Ralph Curtis was born in Boston in 1854, the son of Daniel Sargent Curtis and Ariana Wormeley Randolf Curtis. Educated at Harvard College where he and a friend were cofounders of the "Lampoon". Curtis owed his artistic start to his parents who bought the Palazzo Barbaro on the Grand Canal, Venice. This soon became a meeting place for English and American artists including Henry James and Isabella Stewart Gardener. After graduation Curtis went to Europe to join his family and eventually took up residence in Paris.
Links: www.askart.com
2,768 views