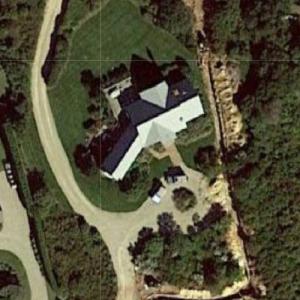 His father was CEO of the company before him.

Richard Phillips’ career has taken him from the U.S. Department of Justice, to the halls of the U.S. Senate, and back to his hometown of Philadelphia to run Pilot Freight Services. As an undergraduate and graduate student, Richard focused on the impacts of a fast-changing post-World War II U.S.-European relationship on the rise of nationalism and terrorism in the Middle East. In 1997, with degrees from Yale, Cambridge and Georgetown, Richard went to work at the Justice Department, where he served as lead counsel for the United States in constitutional litigation involving sensitive national security and high technology issues. In that capacity he was the government’s lead counsel for the Department of Defense, Central Intelligence Agency, National Security Agency, and other national security entities in several ground breaking cases. He defended federal gun control legislation and helped ensure critical health care for veterans. He also handled high profile diplomatic immunity cases. He then served as Senate Judiciary Committee Counsel to Senator Edward M. Kennedy, and later to Senator Patrick J. Leahy. While on Senate staff, Mr. Phillips was responsible for advising Senators Kennedy and Leahy on matters involving civil rights, voting rights and voter protection, technology, free trade, intellectual property, and privacy. He later served as Senior Transatlantic Fellow for the German Marshall Fund, a global organization dedicated to strengthening transatlantic cooperation on regional, national, and global challenges in the spirit of the Marshall Plan. In 2005, he returned to Philadelphia to become more involved in the family business. Richard came on as Vice-Chairman of Pilot Freight Services, supervising the company’s top executives. In 2007, Richard took over as CEO of Pilot.

He was names E&Y Entrepreneur of The Year for 2012 for Philadelphia region.
Links: www.thepresidency.org
620 views