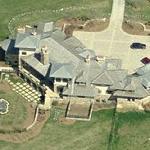 By borlefborlef @ 2011-11-26 09:50:18
@ 40.75518954, -74.61351871
Mendham, New Jersey (NJ), US
Since November, 2004 Mr. Markham has served as a partner at Care Capital, LLC, a venture capital firm that primarily invests in life sciences companies. From May 2002 until August 2004, Mr. Markham was the Vice Chairman of the Management Board and Chief Operating Officer of Aventis SA. From December, 1999 until May, 2002 he was the Chief Executive Officer of Aventis Pharma AG. Previously he was the Chief Executive Officer of Hoechst Marion Roussel, the President and Chief Operating Officer of Marion Merrell Dow, Inc. and a member of its board of directors. From 1973 to 1993 Mr. Markham was associated with Merck & Co. Inc., culminating in his position as President and Chief Operating Officer. Mr. Markham received a B.S. in Pharmacy and Pharmaceutical Sciences from Purdue University. Since 2005, Mr. Markham has served as a director of Anacor Pharmaceuticals, Inc., a biopharmaceutical company, which became subject to the reporting obligations of the Securities Exchange Act of 1934, as amended, in November 2010. Mr. Markham serves as the Chairman of our Board of Directors.
Links: www.forbes.com
3,097 views