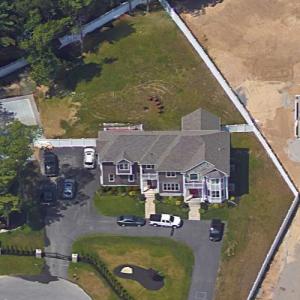 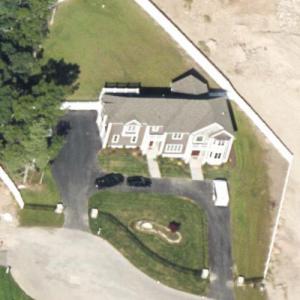 By jdubble07 @ 2017-02-01 14:05:28
@ 42.07709, -71.261982
Foxborough, Massachusetts (MA), US
The New England Patriots former tight end Rob Gronkowski owns this home. Nicknamed "Gronk", Gronkowski is now a football analyst for Fox Sports. He played his entire professional career for the New England Patriots of the National Football League until his retirement in March 2019. He is a three-time Super Bowl champion, a five-time Pro Bowl selection, four-time First Team All-Pro selection, and was the highest ranked tight end in the annual NFL Top 100 Players five times. He is also on the NFL's 100th Anniversary All-Time Team. The Patriots drafted Gronkowski in the second round of the 2010 NFL Draft with the 42nd pick, after missing his junior year due to back surgery. In 2012, Gronk signed with the Patriots for an additional six seasons. His extension deal, valued at $54 million, was the largest agreement ever made between a team and a tight end in NFL history at the time.As a Patriot, he has set multiple records, including the record for most touchdown receptions by a tight end.Gronk announced his retirement on March 24, 2019 when he was 29 years old.

This home in Foxborough, Massachusetts sitting upon a 39,000 square-foot lot, is a 5 bedroom, 3 bathroom, 4,486 square-foot Victorian-style home. Built in 2014 for just under $1 million, the home reflects Gronkowski’s signature humility.

Rob Gronkowsk has a net worth of $40 million dollars. During his time in the NFL, Gronk earned around $60 million in salary alone. He also earned tens of millions more off the field through endorsements with companies like Tide. In addition to Tide, Gronk endorses Nike, Dunkin' Donuts, Visa, T-Mobile, Lyft, Cheerios, Monster Energy and more. He claims to not have spent a dime of his NFL salary, although his estimated net worth does not reflect this. He claims to live exclusively off his endorsement deal money.
Links: en.wikipedia.org
32,036 views