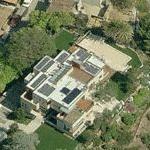 By jdubble07 @ 2009-10-22 18:42:03
@ 34.040963, -118.556853
Los Angeles, California (CA), US
Robert Lemelson, Ph.D., is co-Vice President and Secretary of The Lemelson Foundation. Rob is an anthropologist who received his M.A. from the University of Chicago, and Ph.D. from the Department of Anthropology, UCLA. He is currently a lecturer in the departments of anthropology and psychology at UCLA. He was a Fulbright scholar in Indonesia in 1996-1997, has conducted research for the World Health Organization, and is additionally trained as a clinical psychologist. His area of specialty is Southeast-Asian Studies, psychological anthropology and transcultural psychiatry. He is also the president and founder of The Foundation for Psychocultural Research, a non-profit research foundation supporting research and training in the neurosciences and social sciences.

Susan Morse is an architect, painter, and founding member of the Foundation's Board of Directors. Susan received her M.A. from the University of Chicago, Division of Social Sciences, with a focus on public policy. She worked in the field of educational policy before turning to architecture. She earned her Masters in Architecture (M.Arch) from the Southern California Institute of Architecture (SCI-ARC) and is currently the design principal of SML Design Studio.
3,151 views