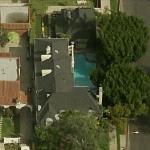 In November 2015, Rechnitz was travelling through Ireland on his way to Israel. During a layover at the airport, he spotted 400 U.S. soldiers eating pre-packaged meals. Rechnitz approached the commanding officer and offered a real meal for the soldiers, giving $50 for each ($20,000) on the spot.

In January 2016, it was revealed that the day prior to the $1.5B Powerball Lottery, Rechnitz purchased 18,000 tickets ($36,000 at $2 each) and gave them out to his employees. One of his employees (yet unidentified) held one of 3 winning tickets sold.
Links: en.wikipedia.org
488 views