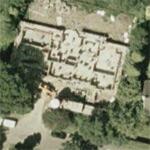 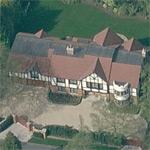 Sir Alexander Chapman Ferguson was born in Glasgow, Scotland on December 31, 1947. Alex’s father was an amateur footballer and helped Alex explore his love of football. Alex began his career playing with the amateur league, the Queens Park Rangers at age 16. After switching to other amateur leagues, Alex found his first professional job playing for Dunfermline Athletics. After a semi-successful career as a player, he found his spot as the manager of East Stirlingshire in 1974 at the young age of 32. In the late 70s Alex joined Aberdeen as the manager. After many successful seasons, Alex stepped down in 1986. He then took a job managing Manchester United and there he would stay for 27 years.

Sir Alex announced his retirement on May 8, 2013. In his career, Alex and his team won over 35 trophies including 13 Premier League titles, 5 FA cups, and 2 UEFA Championship League titles. Sir Alex was knighted by Queen Elizabeth in 1999 for his services to the game. In addition to being ranked by ESPN as one of the greatest managers of all times, Sir Alex was the longest serving manager of Manchester United and won the Premiere League his final season. He has been married to his wife Cathy since 1966 and they have three sons, Mark, Darren and Jason. He also has 11 grandchildren.

Recently, Sir Alex announced that he would be taking a long-term position at Harvard lecturing a new course called “The Business of Entertainment, Media and Sports” and in August 2015, released his third book, “Leading”.

Sir Alex and his wife moved from this 1.5 Million Pound home in 2010. This mock-Tudor home was named Fairfield after the shipyard where Alex’s father worked. The family moved down the street to a 2.5 Million Pound Tudor home equipped with a gym, five bedrooms and an extensive garden.

Sir Alex is estimated to be worth $50 Million. It is believed that he made 34 Million Pounds his last year at Manchester United and is currently collecting 2 Million Pounds for public appearances and collects 110.5 Pounds a week as a pension.
Links: en.wikipedia.org, www.espnfc.com, richglare.com, richglare.com, www.biography.com, www.celebritynetworth.com, en.wikipedia.org
75,526 views