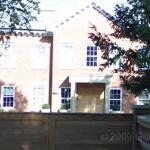 Gerrard is well-regarded in the sport, and is commonly thought of as one of the best English footballers of his generation. His playing style is versatile and well-rounded - Gerrard is capable of playing in a number of positions. Individually, his accomplishments include being 2005's UEFA Club Footballer of the Year and won the Ballon d'Or Bronze Award that same year. He has also been named to the UEFA Team of the Year and FIFA World XI three times. He is, the only footballer ever to have scored a goal in an FA Cup Final, a League Cup Final, a UEFA Cup Final and a Champions League Final to date. He is also part of the English National Team, during a time in which the squad played an exceptionally gifted group of players of similar age dubbed the "Golden Generation." Other members included David Beckham, Ashley Cole, Gareth Barry, Rio Ferdinand, Frank Lampard, Michael Owen, John Terry, Gary Neville, and Wayne Rooney.

Gerrard is a practising Catholic and is married to Alex Curran. He has had several different sponsorships in his career including current deals with Adidas, Jaguar Cars and Lucozade. In 2014, Forbes listed his combined income from salaries, bonuses and off-field earnings at $17.2 million for the previous 12 months. Steven Gerrard's net worth is $60 million.
Links: en.wikipedia.org
39,621 views