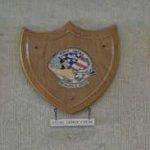 STS-51-L was the twenty-fifth flight of the American Space Shuttle program, using Space Shuttle Challenger, which lifted off from the Launch Complex 39-B on January 28, 1986, from Kennedy Space Center in Florida. This flight marked the first time a non-government civilian, schoolteacher Christa McAuliffe, had flown aboard the Space Shuttle. The mission ended in disaster with the destruction of Challenger 73 seconds after lift-off and the death of all seven crewmembers. The Rogers Commission determined the cause was due to the failure of an O-ring seal on one of the Solid Rocket Boosters
Links: www.nasa.gov
711 views