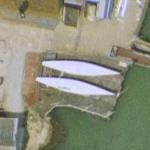 Great Britain is the world's top Olympic sailing nation, having topped the medal table at both the 2000 and 2004 Olympic Games. Sailing is recognised today as one of the UK’s most successful sports in terms of medal results and receives significant support from UK Sport through lottery funding.

Skandia Team GBR 2008 consists of three squads – the “Performance Squad” currently made up of 44 sailors, and the “Development” and “Transitional” squads, which are jointly made up of 45 sailors.
Links: www.rya.org.uk
516 views