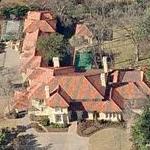 Norman E. Brinker was the founder of Brinker International, the parent company of Chili's, On the Border Mexican Grill and Cantina, Maggiano's Little Italy, and Romano's Macaroni Grill. It is the largest casual-dining restaurant operator in terms of revenue, and second largest in terms of locations behind Darden Restaurantsa Previously, he led the expansion of Jack in the Box and amassed a 20% stake in the company, which he later sold. He used the money to start new concepts, including Steak & Ale. When that was sold to Pillsbury, Brinker was given the position executive vice president of Pillsbury's restaurant operations as well as a seat on the company's board. There, he over saw the creation of the company's Bennigan's chain and ran Burger King.