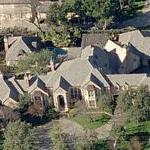 He was the lead counsel for Halliburton in its asbestos and silica litigation. He negotiated the global settlement of Halliburton's approximately 382,000 asbestos claims throughout the United States that took him approximately one year to accomplish. He has also earned the reputation among corporate executives, their legal departments, and other highly visible individuals as a master negotiator.

He received his law degree from Southern Methodist University Dedman School of Law in 1973, an M.S. in Accounting from Memphis State University in 1970 and a B.S. from the University of North Carolina in Wilmington in 1969.
Links: www.godwinpappas.com
5,090 views