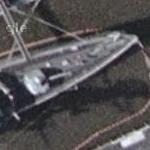 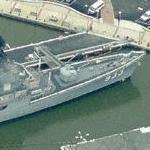 From the website:
"USS Barry is one of only three remaining Forrest Shermans. She is the third ship to bear the name of the illustrious Revolutionary War naval hero, Commodore John Barry. She supported the 1958 Marine and Army airborne unit landing in Beirut, Lebanon. In 1962, she was a member of the task force that quarantined Cuba in response to evidence that Soviet missiles had been installed on the island."
Links: www.hnsa.org
887 views