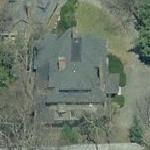 By borlefborlef @ 2010-05-18 14:51:25
@ 42.32797575, -71.13222078
Brookline, Massachusetts (MA), US
Alden is ormer Chairman of The Boston Company, President of Ohio University and Associate Dean of the Harvard Business School. He is currently Chairman of The Japan Society of Boston and Honorary Consul General for the Kingdom of Thailand in the Now England area. The Emperor of Japan conferred upon him the order of the Rising Sun, Star Class, and the King of Thailand has decorated Alden twice - with the Most Noble Order of the Crown of Thailand and the Most Exalted Order of the White Elephant.

He also served for at least twenty years as a director on each of five business corporations; Colgate-Palmolive Company, Digital Equipment Corporation, McGraw-Hill, The Mead Corporation, and the Boston Safe Deposit and Trust Company. He continues to serve as a Director of Sonesta International Hotels and as an independent General Partner of three Merrill Lynch-Lee Acquisition Funds, L.P. and a Trustee of the Tax-Free Funds of Hawaii, Oregon and Rhode Island.

He helped to establish Japan 's first Graduate School of Business Administration at Keio University and taught for two summers in Japan in the Harvard-Keio Executive Development Program for Japanese business leaders. While at Harvard, he established the Institute for College and University Administrators, financed by-the Carnegie Corporation of Now York. The institute conducted case-study seminars for college presidents, deans, and trustees (a total of over 5,000 academic administrators over a period of ten years).
Links: www.thailink.com
1,328 views