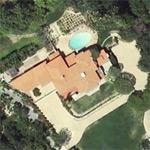 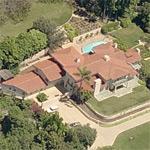 Fields created one of the great American comic personas of the first half of the 20th century: a misanthropic and hard-drinking egotist who remained a sympathetic character despite his snarling contempt for dogs, children, and women.

Currently the house is owned by Roy Ash. He was the co-founder and president of Litton Industries and director of the Office of Management and Budget (February 2, 1973 - February 3, 1979) during the administrations of U.S. Presidents Richard Nixon and Gerald Ford.
Links: en.wikipedia.org
3,244 views