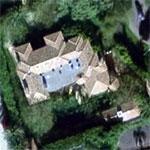 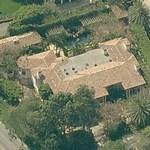 It was later owned by the famous menswear and fragrances designer of Persian descent Bijan Pakzad, the owner of "the most expensive boutique in the world". After his death, his son Nicolas lived in the house.

neotrix
@ 2008-12-05 00:45:13
Are you shure that Gene Hackman (still) owns this house?
Public records showns that Bijan Pakzad owns this house.
Bijan Pakzad is Iranian-American designer of menswear and fragrances.
http://en.wikipedia.org/wiki/Bijan_(designer)

Pakzad bought the home from Mexican singer Luis Miguel in 2002 for $5M.