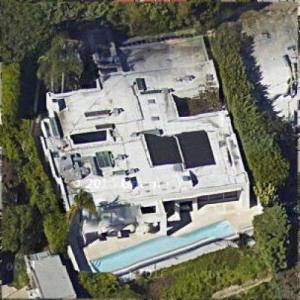 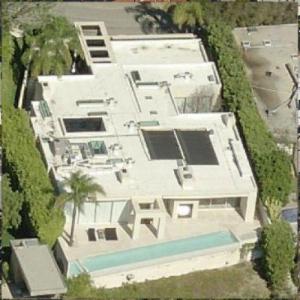 By tlp333 @ 2007-09-04 09:15:27
@ 34.09744173, -118.38715111
Los Angeles, California (CA), US
Media darling and internet sensation Keanu Reeves lives in this gorgeous Hollywood Hills mansion in Los Angeles, California. As an actor he is well known for his roles in movies like John Wick, Point Break, and Speed. Canadian born, Reeves began acting at the age of nine and had his breakout role in Bill and Ted in 1989. From here Reeves would grow to be a household name being cast as the lead in such iconic productions as The Matrix Trilogy and more recently the John Wick Franchise. Reeves is also a musician playing base for the bands Dogstar and Becky.

In the news for his promotion of Cyberpunk 2077, the success of his John Wick movie franchise, and his slow memeification, Keanu also had a run in with the law in 2008 when a paparazzi accused him of vehicular assault. Reeves was found not guilty. Reeves was in the news again in 2019 as his recent media attention has attracted even more fans, some of whom chose to camp out outside this very property. In an interview Reeves stated that he “felt like an animal in a cage.” So please enjoy the view of this property from your own home.

Reeves bought this gorgeous 5,607 square foot property in May 2003 for $4.85 Million. It is currently estimated to be worth between $7 Million and $11.5 Million. With just 2 bedrooms and 3 baths, the house is simple in design, sitting on a 41 acre lot. Ideal for a single-family, or in Mr. Reeves case, a single man, the house was built in 1988 and is equipped with a pool, a courtyard, and a three-car garage likely where he houses his iconic motorcycle collection. No interior photos are available as Reeves is notoriously private, and has had recent issues with break ins and stalking.

According to trusted estimates, Reeves has amassed over $360 dollars in net worth over the course of his career, and owns another stunning property in Hawaii valued at 6.8 Million. While some estimates indicate that he brings in about $15 Million per film, he has reportedly been making less recently only being paid between 7 and 8 Million for the John Wick films, likely to keep production costs down.
Links: en.wikipedia.org
258,309 views

Anonymous
@ 2021-11-02 10:38:11
Is it just me or is that Keanu by his motorcycle just in the garage. If you google ‘Keanu mortbikes’ you’ll see him wearing a jacket with ‘Alpine’ on the shoulder. Looks a very similar logo to the guy in Keanu’s garage.