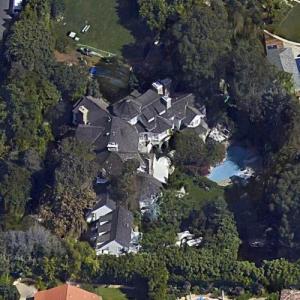 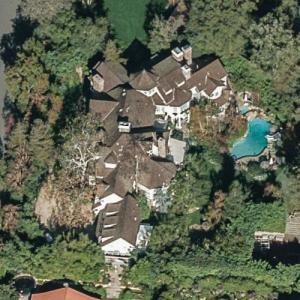 Also a comedian and producer, Adam Sandler’s net worth is $300 million. His production company is Happy Madison Productions, which is responsible for the television show “Rules of Engagement,” as well as several films.

One of his earliest television appearances was on “The Cosby Show,” as Theo Huxtable’s friend Smitty. He started performing at comedy clubs at age 17 and was discovered by comedian Dennis Miller in Los Angeles.
Adam Sandler was a cast member of “Saturday Night Live” before beginning his movie career, where he was known for his comedy songs “The Thanksgiving Song,” “The Chanukah Song” as well as others. He has starred in about 20 major studio movies after his tenure on SNL. He was reportedly paid $20 million for the majority of his movies and is known as one of the most bankable stars in Hollywood.

He has starred in many comedies, including “Billy Madison,” “Big Daddy,” “Happy Gilmore,” “The Wedding Singer” and “The Water Boy.” He also starred in more dramatic film such as “Spanglish” and “Funny People” and appeared in earlier movies “Coneheads” and “Airheads” as a supporting character. Recent comedies include “Grown Ups” and its sequel with Kevin James, Chris Rock, Rob Schneider, and David Spade. SNL alums Norm MacDonald, Tim, Meadows, Maya Rudolph and Colin Quinn also appeared in the movie.

Adam Sandler's romantic comedies include “Just Go with It” with Jennifer Aniston and “Blended” with Drew Barrymore.