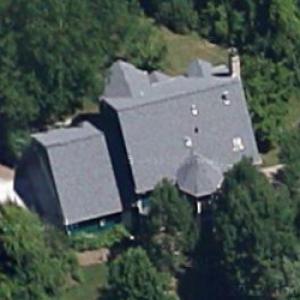 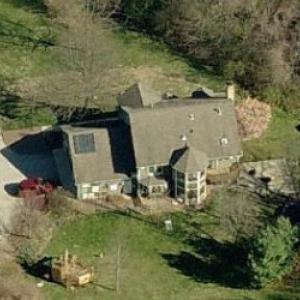 By tlp333 @ 2006-08-05 12:55:51
@ 39.77901469, -83.8659326
Yellow Springs, Ohio (OH), US
Welcome to the home of Dave Chappelle. Located just southwest of Yellow Springs, Ohio, Chappelle has lived here since purchasing the property in January of 2005, shortly before the third season of The Chappelle Show was slated to air. Citing burnout and a hostile work environment, Chappelle flew to South Africa to begin a spiritual retreat before returning to his home later that summer where he has integrated well with the local community.

In 2006 while hosting a blues and jazz festival, Chappelle admitted he walked away from a $50 million television deal with Comedy Central to live in Yellow Springs. "Turns out you don't need $50 million to live around these parts, just a nice smile and a kind way about you,” the comedian said. “You guys are the best neighbors ever. ... That's why I came back and that's why I'm staying."

Situated on over 39 acres of pristine farmland and surrounded by foliage, Chappelle’s house is 3,154 sq ft with three bedrooms and three-and-a-half baths--perfect for his family of three. Chappelle lives with his wife, Elaine Mendoza Erfe, and three children, Suleyman, Ibrahim, and Sanaa.

Chappelle grew up in Silver Spring, Maryland, but spent his summers in Yellow Springs after his parents separated. His father, William David Chappelle III, moved to Yellow Springs where he worked as a statistician before becoming a professor at Antioch College. Nostalgia for his childhood led to Chappelle’s desire to provide his family with a similarly idyllic upbringing and undoubtedly influenced his decision to move to Yellow Springs.
Links: en.wikipedia.org
476,074 views

I’m sure Dave is just itching to speak with you about your book. ????

Anonymous
@ 2022-01-31 11:25:21
Mr. Chappelle I would like to speak with you about a musical play I am producing. I live in Cincinnati, OH. There is a part for you if you are interested. I have admired you and your work.

Anonymous
@ 2022-02-21 21:04:12
One day I was in yellow springs sitting on the bench at the toy store I Love that store. A really nice convertible car drove by with a bald black man driving and with a sailor hat just sitting on top of his head. I laughed and realized I had just missed the chance to say Hi. So hey Dave just saying Hi