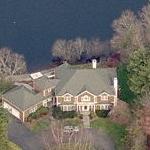 Mr. Kupper has a distinguished career in publishing having spent 24 years at Time, Inc., where he held a number of senior sales management positions, including advertising sales manager for Sports Illustrated, advertising director for Life magazine, and international advertising director for Time magazine. He was also publisher of Health Magazine, part of Time Inc.'s Publishing Venture Group. Mr. Kupper started his career as a media planner at Dancer Fitzgerald Sample in 1969. He has been Director of Cygnus Business Media since September 2009. He served in the U.S. Army for two years. He spent ten months in Vietnam, where he was awarded the Bronze Star and Air Medal with the First Cavalry. Mr. Kupper also is on the Executive Committee of the Board of Directors for the Magazine Publisher's Association and on the Board of Directors for the National Organization of Disability. Also in 1998, Mr. Kupper was awarded the Excellence in Management Award from Business Week’s parent company, The McGraw-Hill Companies. He holds a BA in business administration from Upsala College in New Jersey. He was awarded an honorary doctorate from his alma mater Concordia College. He is also a graduate of Concordia Preparatory School in New York.