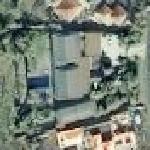 Numerous publications have identified Bob as one of the most influential lawyers in technology and venture capital. In 2007 alone, AlwaysOn recognized him as one of only five attorneys in the United States included in the "AlwaysOn Top 100 Dealmakers," Forbes named him to their "Midas List" of leading venture capital investors (second highest ranked lawyer in the country on the Forbes list), Lawdragon named him among "500 Leading Dealmakers in America" and The Legal 500 selected him as a leading attorney in "Venture Capital and Emerging Companies." Bob has been consistently recognized as a Northern California "Superlawyer." He was listed as one of the "Big 10" in California Law Business (October 2000) as one of California’s Top Ten lawyers. He was named "Best Corporate Lawyer" by Upside magazine (1991). He was listed in The American Lawyer’s Forty-Five as one of the top 45 lawyers in the nation under age 45 (December 1995). He has also been included in The Best Lawyers in America for over a decade.
Links: www.gunder.com
1,104 views