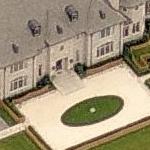 Ann Astarita, Newtown Inland Wetlands Enforcement Officer was present. Dirk Sabin, Landscape Architect from Woodbury, CT, representing the applicant, discussed a previous request by Mr. Travis to clean out a portion of the Aspetuck River. An approval letter dated 7/13/05 was referenced. The applicant dredged out a section of the pond along with phragmites. Mr. Sabin has not yet authorized engineering and surveying work, pending the discussion tonight. The Travis’ felt they were completing maintenance activities. They felt the phragmites and sediment deposits constricted flows in the Aspetuck River and caused upstream flooding in areas used by horses that resulted in horse injuries and erosion issues. There is approximately 600 cubic yards of dredge soils that need to be removed, along with grading and reseeding. He asked if the requirements of a site survey, soil scientist mapping, and engineering documents are necessary for this application.

Ms. Astarita, Newtown’s Inland Wetlands Enforcement Officer described her findings of the violation and stated that the applicant had a permit for non-regulated activity use to clear a limited portion of the southeastern part of the Aspetuck River and clear the waterway of road run-off. There was a highlighted area on the map which limited the activities to the southeastern portion of a small portion of the river which was on the side where the house is. She stated that instead they have dredged out quite a large portion of the river. From the aerials, the portion removed is approximately three times the size of the house. There is now a pond where the marsh and river were. The dredged pond did not exist prior to the 2007 aerials. There was no pond shown in the 2002 or 2004 aerials. This has produced a jutting out of the river. The constricting flows could have been helped by wetlands on both sides of the river.

The area has been cleared of vegetation to the waterline with no wetland plants growing on either side. The western side has been impacted the most. The permit did not allow work to be done on that side and the wetlands have not grown back. The dredged spoils were piled up around the trees and the hay bales were installed after the first violation letter. Prior to that, there was nothing to hold back any sediment from going into the river. She feels that there has been incalculable damage to the river and has been the largest impact she has seen in her time as an Inland Wetlands officer. Although Mr. Travis has been very understanding and wants to comply, but he doesn’t understand the extent of the damage.

Mr. Sibley provided history of the original 2005 application. A letter was submitted by Dirk Sabin as an application. Mr. Sibley stated that the letter cannot act as an application and it has to go through the front desk. Mr. Travis discussed his original conversations with former Inland Wetlands Commissioner, Sally O’Neil, who provided permission to do activities via a letter. Commissioner Pieragostini motioned not to pursue legal action. Seconded by Commissioner Kotch. Motion carried unanimously."