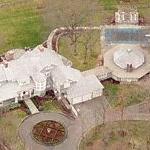 As Chief Executive Officer of Marvel, Mr. Cuneo led the previously bankrupt company to a prominent position in the entertainment industry increasing annual EBITDA from $2 million in 2000 to $85 million in 2002. He also served as a part-time Special Advisor to the Chief Executive Officer of Marvel Entertainment Inc. from January 1, 2003 to December 2004. Prior to Marvel, from September 1998 until July 1999, Mr. Cuneo served as a Managing Director at Cortec Group Inc. Prior thereto, from May 1996 to February 1997, he served as the President and Chief Executive Officer at Remington Products Company, L.L.C. which Mr. Cuneo ultimately sold to private equity investors. Prior to selling the company, from May 1993 to May 1996, he served as the President and Chief Operating Officer at Remington, where Mr. Cuneo increased the sales via internal growth and acquisition, eliminated operating losses and improved profitability significantly between 1992 and 1995. He also served as the President at Black & Decker Corporation's Security Hardware Group as well as the President at Bristol Myers Pharmaceutical Group in Canada.

Mr. Cuneo has more than 25 years experience with global consumer products. He has also held senior executive positions at W.R. Grace & Company and Clairol. He is a Member of Advisory Committee of Foshan Nanhai-CDC Technology and new Media fund. Mr. Cuneo was the Vice Chairman of Marvel Entertainment Inc. since June 17, 2003 and Director since July 1999. He has been a Director at Water Pik Technologies Inc. since 2001. Mr. Cuneo serves as a Director of National Archives Foundation (The Foundation for the National Archives). He also serves as a Director at Waterpik Technologies, Inc. and Iconix Brand Group Inc. From February 1997 until September 1998, Mr. Cuneo served as the Chairman at Cuneo & Co., LLC. From May 1996 to February 1997, he served as a Director at Remington Products Company, LLC. Mr. Cuneo served as a Director at Majesco Entertainment Co., (formerly, Majesco Holdings Inc.) from October 18, 2004 to December 15, 2005. He also served as an Officer in the United States Navy during the Vietnam War. Mr. Cuneo holds an M.B.A. from the Harvard Business School and an Undergraduate degree from Alfred University in Ceramic Engineering.

Located in the Redding Ridge section of Redding, Connecticut, Mr. Cuneo's home sits on 12.06 acres of land. The property was purchased on 3/6/1995 for $500,000. The custom colonial has 4 bedrooms, 3 full bathrooms, 1 half bathroom, and 5610 square feet of living space in the main house. The guest house has an additional 3,992 square feet, 1 bedroom, 2 full bathrooms, and a sauna. The house is currently appraised at $2,858,000, according to property records.
Links: en.wikipedia.org, www.forbes.com, www.reuters.com, www.nytimes.com, www.manta.com
2,465 views