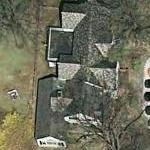 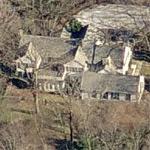 Chase began is best known as one of the original cast members in the first season of Saturday Night Live. Making a name for himself for his dry deliver, quick wit, and his signature physical pratfalls, Chase went on to star in four National Lampoon's Vacation films, and other films such as Fletch, Caddyshack, and Á Three Amigos!. Chase also had his own late-night talk show, The Chevy Chase Show, though it was not met with much critical acclaim and was canceled soon after airing. Most recently Chase played the curmudgeon character Pierce on NBC's comedy series Community.

Well accomplished, the comedy legend has won Primetime Emmy Awards for Outstanding Writing in a Comedy – Variety or Music Series for Saturday Night Live in 1976 and The Paul Simon Special in 1978. Giving him 3 Primetime Emmy’ and five nominations in total. In 1979 he was nominated for the Golden Globe Awards for Best Actor in a Motion Picture – Comedy or Musical and Best Motion Picture Acting Debut – Male for Foul Play. Chase was awarded a star on the Hollywood Walk of Fame in 1993 on Hollywood Blvd.

Chase is reportedly having a hard time finding work given his reputation for emotional outbursts and inappropriate comments. Though he remains hopeful to bring laughter someday, Chase remains one of the best recognized comedians to this day. Now sober, he hopes he can find a resurgence.

Over the course of his successful career in showbiz, Chase has earned a net worth of $50 Million.
Links: en.wikipedia.org
39,922 views