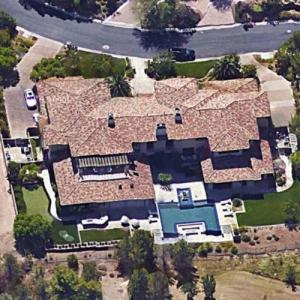 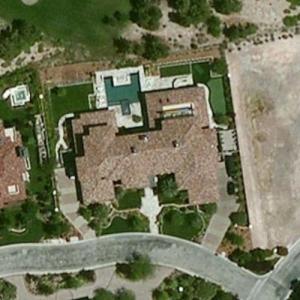 Born in Grand Rapids, the boxer has grown to world class status, and though controversial is well respected for his accomplishments. Few boxers have achieved what he has, with an impressive undefeated professional career who competed on an Olympic level. Like him or not, Maywether is one of the most talented warriors ever to step into the ring.

This Las Vegas mansion comes complete with 11-bedrooms and 14-bathrooms. Alltogether 21,861 square feet with multiple guest houses fully equipped with indoor and outdoor pools, a massive courtyard and a 20-car underground garage. In beautiful Las Vegas, the location is perfect for the now boxing promoter to stay nearby the boxing circuit.Though not his only property, it has been listed as his current residence.

The world class athlete, Floyd Mayweather has built quite an impressive nest egg, with a net worth of $565 Million. Once reported to be making $300 Million in a year, it’s no wonder the superstar now holds half a billion dollars. Between June 2014 and June 2015, Floyd earned $300 million. And again in June 2017 and June 2018, he pulled in a total of $300 million, in large part due to his well publicized fight against Conor McGregor. Outside of the ring, in a typical year Floyd earns $10 million from endorsements. Though since retired, we never know when he may step into the ring and clean up another huge multi million dollar deal.
Links: en.wikipedia.org
63,840 views