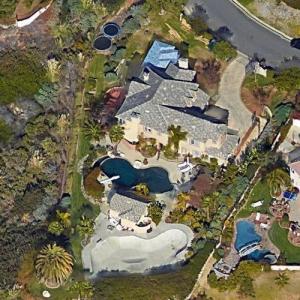 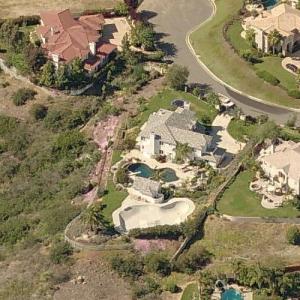 By tlp333 @ 2007-08-25 17:47:11
@ 33.08325577, -117.27992742
Encinitas, California (CA), US
Tony Hawk is a professional skateboarder and actor. Nicknamed the "Birdman," he is widely considered to be one of the most successful and influential pioneers of modern vertical skateboarding. His video game series, Tony Hawk's Pro Skater, popularized skateboarding within a wider audience, and the series has spawned 18 titles so far, including nine main series titles, five spin-offs, and four repackages. In the game, players playing as a professional skateboarder (either real-life or created) would perform and combine aerials, flips, and grinds, in several creative skateparks, with successful executions adding to their score.

As a child, Tony Hawk was active, and his parents supported his skateboarding because it served as an outlet for his excessive energy. As his skills developed, he became a professional skateboarder at age fourteen, and captured the National Skateboard Association world championship in twelve consecutive years.

On July 27, 1999, Hawk was the first skater to land a "900", a previously-attempted but never accomplished trick involving two-and-a-half mid-air revolutions on a skateboard; Hawk was successful on his twelfth attempt.

He retired from professional skateboarding in 1999 shortly after landing the 900, but his contributions to the sport cannot be understated. He created the show tour, Boom Boom HuckJam, featuring freestyle motocross, skateboarding, and BMX, launched the online YouTube channel, RIDE Channel, and has a series of amusement park rides at Six Flags parks named after him. Tony's sponsors during his skateboarding days were Birdhouse, Independent, Quiksilver, Bones, and Nixon.