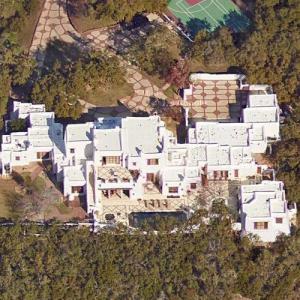 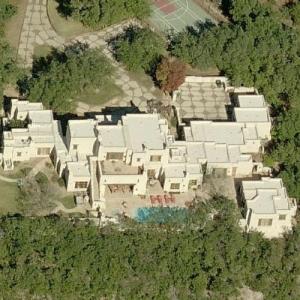 George Strait’s net worth is $300 million.

His break-through hit single was “Unwound” in 1981. From there, he recorded 33 platinum and 13 multi-platinum albums and sold more than 100 million albums. George Strait has the third most gold and platinum albums in music history, after Elvis and The Beatles. He holds many records in country music, including for the most multi-platinum, platinum, gold, and number one albums. He has numerous honors, awards and records from the music industry.

As a youth, he started playing music in a garage rock and roll band, in the era of The Beatles. His music is influenced by Hank Williams, George Jones, Merle Haggard, as well as Frank Sinatra.

He served in the United States Army from 1971 to 1975, when he was honorably discharged. He is also an actor, appearing in “The Soldier,” “Grand Champion” and “Pure Country" among others.

George Strait has been married to his high school sweetheart Norma since 1971, when they eloped in Mexico. They had two children, Jenifer, who was born in 1972 and died at age 13 in a car accident, and a son, George Strait Jr., known as “Bubba”, born in 1981. Bubba is a competitor in team roping with the Professional Rodeo Cowboys Association. Bubba’s son, known by his middle name Harvey, is named George Strait III and is his grandfather’s first grandchild.

After his daughter’s death, the Strait family set up the Jenifer Lynn Strait Foundation, which supports San Antonia area children’s charities. George Strait is also a spokesman for the Wrangler National Patriot program, which raises awareness and funds for military veterans and their families.

Anonymous
@ 2017-11-12 12:56:43
I remember working with Bill Tull designer on design and working drawings out of Arizona for the house I still have original drawings what a house it is all adobe all doors, windows, cabinets are Tull designs and the craftsmen were from Az. I remember flying out to Texas to make sure things were being done to Tulls standards one of his best creations.
I worked with Bill Tull the designer as an apprentice on this project what a home one of Tulls best a lot of the craftsmen came out of Az. to work on this project I still have original drawings and sketches.

Anonymous
@ 2021-12-11 16:55:51
my son just died on august 1st and i love george straights music ,i was just wondering how he deals with the death of his daughter cause i don’t know how to do it .if anyone can help i’d be eternally grateful ,thanks