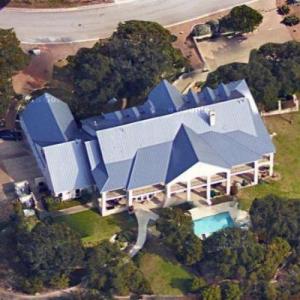 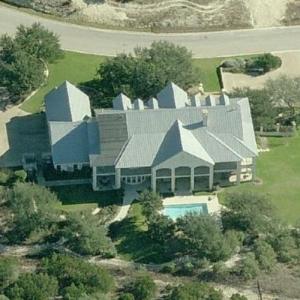 By tlp333 @ 2006-05-24 15:27:05
@ 29.66505541, -98.60957938
San Antonio, Texas (TX), US
Gregg Popovich, the San Antonio Spurs head coach lives in this home near Dominion Country Club. Popovich is a professional basketball coach and general manager. He currently is the head coach and President of the San Antonio Spurs of the National Basketball Association, and head coach of the USA national team. Taking over as coach of the Spurs in 1996, Popovich has become the longest tenured active coach in both the NBA and all major sports leagues in the United States. He is often affectionately referred to as "Coach Pop" or simply "Pop” a play on his name.

Gregg Popovich has a net worth of $30 million dollars. He started his coaching career when he began working as the Assistant Coach for the Air Force Academy team in 1973, and then went on to coach Pomona-Pitzer from 1979-1987. During this time he also completed a Master's in Physical Education at Brown University, and was mentored by Kansas University coach, Larry Brown. In 1988, he went to work as an Assistant Coach under Larry Brown with the San Antonio Spurs. He served as an Assistant until 1992, became General Manager in 1994, and then became Head Coach in 1996. Gregg Popovich currently earns a salary of $8 million per year for being the head coach of the San Antonio Spurs. That's enough to make him one of the top 5 highest paid coaches in professional sports.
Links: en.wikipedia.org
34,042 views

Anonymous
@ 2021-01-08 17:07:55
You lost many fans today. SHAME ON YOU! Where was you big mouth when BLM, and Antifa were burning out businesses down??? NOW you have a big mouth. Your family members should be exposed for what is going on in some of their glass houses. When you play my state I would watch my back if I were you.