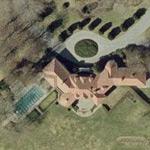 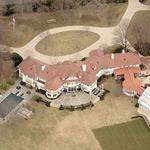 Esprit Holdings Limited is a publicly owned manufacturer of apparel, footwear, accessories, jewellery, and housewares, under the ESPRIT label. The company is headquartered and managed from Kowloon, Hong Kong and Ratingen, Germany. The company has stores in more than forty countries. The ESPRIT brand name is also licensed to other manufacturers.

The company was started in San Francisco in the 1960s by Susie Russell (now Susie Tompkins Buell) and her then-husband, Douglas Tompkins, the founder of The North Face. They were joined in 1971 by Michael Ying. The couple divorced in 1989, and Mr. Tompkins sold his shares in 1990 to Jürgen Friedrich.
Links: www.esprit.com, hamptons.curbed.com, www.capitalbay.com
10,074 views