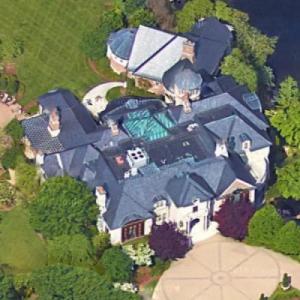 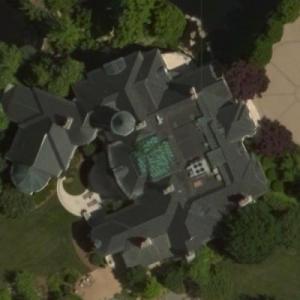 John Schnatter is best known as the Founder, Chairman and CEO of Papa John’s International, Inc. He is recognizable from the Papa John’s television commercials as he is one of the two most effective spokesmen in the country. Papa John’s employs over 16,000 people worldwide with over 2,500 franchise locations and 600 corporate office locations. Papa John’s can be found in 32 different countries. Born on November 23, 1961, John went on to get his business degree from Ball State University in 1983. Papa Johns was founded in October 1984, when John started a pizza business in his dad’s tavern. John and his wife Annette, have three kids: Kristine, Danielle and Beau. John Schnatter most recently made news in 2012, when he was very vocal about cutting employee hours and raising prices to combat the effects of the Affordable Care Act.

The 40,000 limestone mansion was modeled after an Italian village. The 15 acre lot also houses multiple swimming pools, a private lake and private golf course. There is also a 6,000 square foot guest house. The home is assessed at 7.58M and was designed by Don Evans, a well-known Orlando architect. One of the most impressive features of this home is the multi-level subterranean garage. The garage has 22 parking spots (14 for family, 8 for guests), an office for valet parking, a built-in car wash, and a motorized turntable for easy turnaround of limos. He and his family also own a 5.4M penthouse in Naples, Florida and a 23M home in Deer Valley, Utah. He also owns the world’s fastest civilian jet.

John Schnatter has an estimated net worth of $600 million. Papa John’s brings in over 1.1B in revenue. John sold some of his shares for 330.9M over time, but still retains about 6M shares, worth an additional 339M. John has given 30M in charitable contributions to the community. In 1996, he generously donated 5M for the construction of the Papa John’s Cardinal Stadium at the University of Louisville.
Links: en.wikipedia.org, www.usatoday.com, www.celebritynetworth.com
133,722 views

Anonymous
@ 2012-01-06 03:41:27
Have a good look at the back lawn. 2nd entrance to car garage. 1st entrance is by way of the drive at front below motorcourt. 40,000 sq ft with 22 car 2 level garage/ wash bay underneath. House is shown on YouTube with Papa John answering the door on Papa John's First Online Pizza Delivery. You get to see the main hall and his office library. Not all of the buildings are readily seen.
This is a substantial compound of a guy worth over $400,000,000 who has 3,500 stores all over the world. If he makes $1./ day off each store, he makes $1.5 million a year which might cover the maintenance costs on this fascinating property.