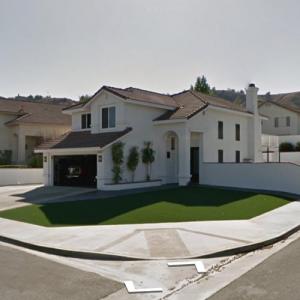 Lavar is now a media personality, businessman, and former professional football tight end. He is the father of three basketball players: New Orleans Pelicans point guard Lonzo; shooting guard LiAngelo, who was enrolled at UCLA briefly with a basketball scholarship; and current Illawarra Hawks combo guard LaMelo. Ball is the founder and current CEO of the sports apparel company Big Baller Brand and founder of the Junior Basketball Association (JBA).

Lavar had a brief professional career with the London Monarchs of the World League of American Football, where as a tight end he had a total of 28 kickoff return yards, and no receptions. He was a practice squad member of the New York Jets and Carolina Panthers in 1995, but never played an official regular season game in the National Football League.

LaVar Ball has a net worth of $4 million. LaVar designed his own signature shoe for his son Lonzo, the ZO2. The shoe retailed at $495. By comparison, when Michael Jordan's Jordan I debuted in 1985, the retail price was $64 which is around $150 today after adjusting for inflation. Shoe fans can buy an autographed pair for $995. The Big Baller Brand also offered a $220 sandal. This business venture was not quite the slam dunk Lavar had hoped for and he did not quite rack in the millions as well as he hoped. LaVar now draws most of his income from television appearances.
Links: en.wikipedia.org, en.wikipedia.org, en.wikipedia.org, virtualglobetrotting.com
38,205 views