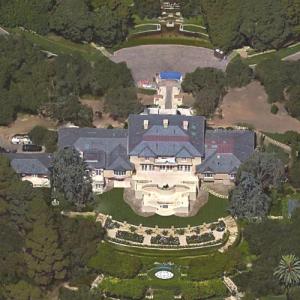 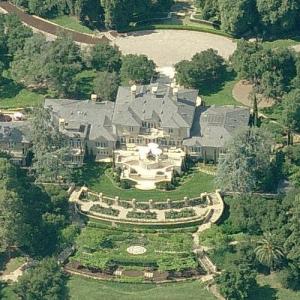 Known for her influence across the media and for her open and interactive approach to interviewing, Oprah’s net worth is $2.9 billion. Her annual salary, which helps her to regularly land on the Forbes Celebrity 100, comes from her media empire, including her talk show (in syndication), “O, the Oprah Magazine,” radio station, Oprah Winfrey Network television network, Harpo Productions, and other ventures. She expanded from her signature program – “The Oprah Winfrey Show” – which ran from 1986 to 2011, and launched spin-offs featuring Dr. Oz, Dr. Phil, and Rachel Ray.

She was awarded the Presidential Medal of Freedom by President Barack Obama in 2013.

Oprah is also an actress and active in cinema. She gained award nominations for her portrayal of Sofia in “The Color Purple” and as Gloria Gaines in “Lee Daniels’ The Butler,” for which she received several award nominations in 2014. She starred in and produced “Beloved” and her production company Harpo Films produced “Their Eyes were Watching God” starring Halle Berry in 2005.

The term “The Oprah Effect” has been use to explain Oprah’s influence on public opinion and purchasing power. She is known for popularizing many methods of self-help, public confession as therapy, and providing mainstream media visibility of gay, transgender, transsexual and bisexual people. Oprah guest-starred on the episode of the sitcom “Ellen” when Ellen DeGeneres shared that she was gay.

Oprah is an active philanthropist, particularly through the Oprah Winfrey Leadership Academy for Girls in South Africa, on which she has spent more than $100 million. She also created Oprah’s Angel Network in 1998 and Oprah Angel Network Katrina to assist in the aftermath of Hurricane Katrina.
Links: en.wikipedia.org, www.forbes.com, www.celebritynetworth.com, www.therichest.com
633,961 views

Anonymous
@ 2022-09-26 08:45:10
Hi Oprah I have been watching your program from I was a young man, I am from Jamaica recently move to the US living in Florida now that program is off TV I have been watching OWN I still one of your continued followers, I am now trying to build a house in Jamaica I started it with some money that I have save it's all run out now the house is at a great stage up to the lentil and it is a two floor can you please help me with some money to work on this project to complete the first floor is $165.000 us, and amount you help me with is greatly appreciated. Thanks very much have a wonderful day L.S