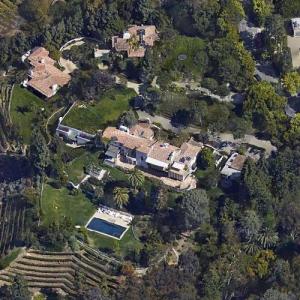 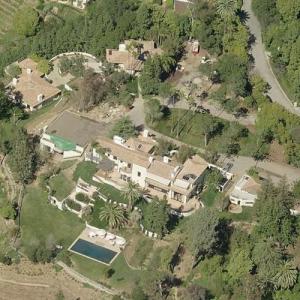 One of the most successful film directors in the history of motion pictures, Steven Spielberg’s net worth is $3.6 billion. He is also a screenwriter, producer, and business person. His estimated annual salary is $150 million.

He is the director behind “Saving Private Ryan,” Schindler’s List,” “Jaws,” “E.T. – The Extra-Terrestrial,” and “Jurassic Park.” The later three were each the highest grossing films at the time.

Steven Spielberg won a film contest as a 13-year-old and debuted the film “Firelight” at a local theater when he was 16. He directed several movies before his breakout success with “Jaws” in 1975. The movie was followed in succession by over two dozen additional films, with two more expected in 2015 and 2016. Other films of note include the Indiana Jones movies, “Hook,” “Amistad,” “Minority Report,” “A.I. Artificial Intelligence,” “The Color Purple,” and “Lincoln.”

In 1994 he took time off from directing to start his studio DreamWorks with partners Jeffrey Katzenberg and David Geffen.

He was the executive producer and producer of many films and cartoons, including Warner Brother television cartoons “Tiny Toon Adventures,” “Animaniacs,” and “Pinky and the Brain.” He also produced the television show “ER,” and animated movies “An American Tale” and “The Land Before Time.”

He has had small voice and acting parts in several of his projects.

John Williams has provided the scores for nearly all of Steven Spielberg’s movies, using the music to create a lasting experience for the audience.

Steven Spielberg founded the Starbright foundation with Randy Aduana in 1991. The foundation, which was dedicated to using technology-based programs focused on entertainment and education to improve the lives of sick children, merged with the Starlight Foundation in 2002 forming the Starlight Children’s Foundation.
Links: www.forbes.com, www.celebritynetworth.com, en.wikipedia.org
156,841 views

Anonymous
@ 2015-04-20 16:24:12
Wonderful house. Makes me think of the bahamas or beverly hills. Steven Spielberg is a wonderful man. I am doing a school report on him because he is so inspiring to me.