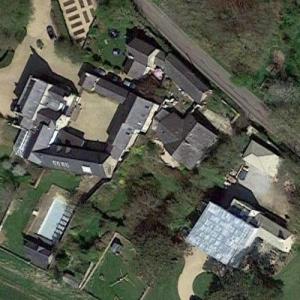 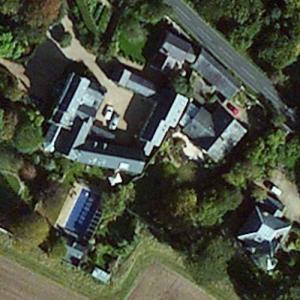 Jeremy Clarkson is best known as one of the co-hosts of the hit BBC series Top Gear. Top Gear is one of BBC’s biggest shows and attracts 350 million viewers worldwide. He hosted the show from 1988 through 2015. In March 2015, the BBC decided not to renew his contract after he verbally and physically attacked a producer in a dispute over hotel food. Jeremy will not face any further investigation in regards to this event and will continue to tour with his co-hosts to complete their remaining scheduled live shows. He also writes weekly columns for The Sunday Times and The Sun.

The 2 Million dollar home contains eight bedrooms and sits on 7 acres. It is said that Clarkson keeps chickens and horses on the property. The Chipping Norton estate means the he is considered part of the famed “Chipping North” set. Members of this community were brought to the forefront when the neighbors were victims of the phone hacking scandal by the News of the World. The Chipping North set consists of media, political and show business people who own homes around the area. In 2013, approval was granted for the conversion of a farmhouse on the land which would include a swimming pool and tennis courts. Construction never took place.

Jeremey Clarkson has an estimated net worth of 50 Million. He was making 4M a year as the Top Gear presenter. He did have 30% of the rights to Top Gear. This allowed him profits from licensing deals, DVD sales, merchandise and syndication rights which resulted in an additional 7.5-13M in profits. The BBC bought out Jeremy in 2013 for 13M pounds.
Links: www.bbc.com, www.celebritynetworth.com, www.bbc.com, www.theguardian.com
223,418 views