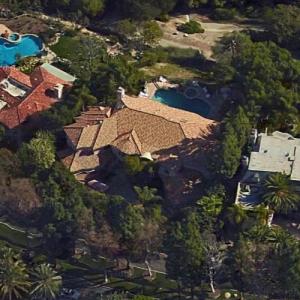 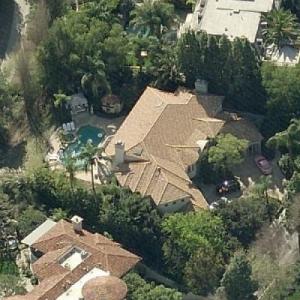 The 7,500 square foot house is in the gated Mulholland Estates community, which, even though the community is in Sherman Oaks, the developers were able to get a 90210 zip code. The house has 5 bedrooms and 6 bathrooms. It was built in 1991 and sits on a half-acre of property. There is a large pool in the backyard. The price is currently estimated to be worth over $5 million. Some of her neighbors include Shaquille O'Neal, Paula Abdul and Vanna White.

Paris Hilton's house is featured in the movie "The Bling Ring", starring Emma Watson and Leslie Mann, which dramatizes a real group of teenagers that were breaking into many celebrities homes in LA during 2008 and 2009. Hilton's homes has been reportedly broken into over 7 times.

Paris Hilton's net worth is estimated at over $100 million dollars. Her family's money is estimated to be in the billions, but Paris has her own enterprises as well. She was featured in the reality television show "The Simple Life", and has made guest appearances on several other shows including "Las Vegas", "The O.C." and "Veronica Mars". She is said to get paid up to $100,000 to appear at events. Her product lines of shoes, handbags, perfumes and other accessories do well internationally. Paris has modeled for many magazines and has produced music.
Links: en.wikipedia.org
204,204 views