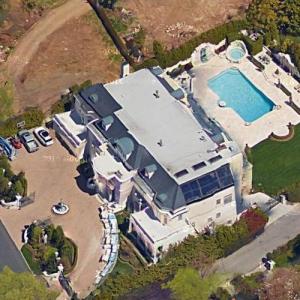 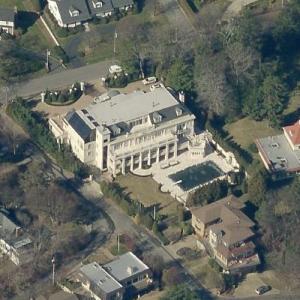 By BermudaBreeze @ 2008-11-23 01:38:51
@ 40.59499013, -74.10618362
Staten Island, New York (NY), US
Paul Castellano, the alleged Mafia godfather, who was according to legend killed on orders from rival John Gotti at Sparks Steak House in December 1985, lived here. Born, Constantino "Paul" Castellano, Paul was also known as "The Howard Hughes of the Mob" and "Big Paulie" (or "PC" to his family). As an American crime boss he succeeded Carlo Gambino as head of the Gambino crime family. Castellano was killed in an unsanctioned assassination on December 16, 1985, ordered by John Gotti, who subsequently became boss. Baddabing, badaboom just like that Gotti had usurped the big man himself, taking control of the family.

Paul Castellano had an estimated net worth equal to $20 million at the height of his power in the early 80s which is the same as around $50 million today, and this estimate does not include his shadow assets so often hoarded by big time crime bosses. In 1985 he was assassinated in an unsanctioned hit by John Gotti. This story has been featured in several films including by Richard C. Sarafian in the 1996 HBO movie Gotti, Abe Vigoda on the NBC TV movie Witness to the Mob in 1998, Sam Coppola in the 2001 TV movie The Big Heist, and Chazz Palminteri on the 2001 TNT TV movie Boss of Bosses. Paul Castellano passed away on December 16, 1985 at 70 years old from multiple gunshot wounds.

In his book, Sammy "The Bull" Gravano would later admit that in a typical year mob bosses like Paul and John Gotti would earn $10-15 million every year but would obscure these assets, sometimes hiding cash or using offshore accounts. In 1981, Castellano spent over a million dollars to build an extremely lavish 17-room mansion on Staten Island which later became known as The White House. The house has an Olympic-sized swimming pool, English garden and top-of-the-line Carrara marble throughout. In order to pay for his lavish lifestyle, Castellano began demanding 15% cuts of his capos' earnings, up from the standard 10% a decision that proved fatal. At the time many of his capos were struggling to make ends meet, so Paul's lavish mansion plus the increase in monthly tribute sewed the seeds that would eventually cause him to be assassinated.
63,031 views