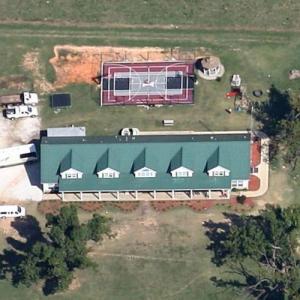 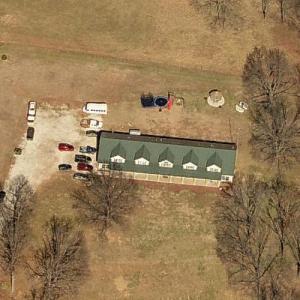 The house features a large pantry to feed the family, as well as two stove tops, a baby wall with each child’s baby picture, a mail room to keep the family’s correspondences straight, and several washers and dryers.

Known for their Christian values, as well as their large family, the Duggars are Independent Baptists.

With the success of several documentaries and a TV show – first “17 Kids and Counting” then “18 Kids and Counting” and now “19 Kids and Counting” - on TLC, the family has expanded into other media as well. Jim Bob and Michelle have published two books – “20 and Counting” and “A Love That Multiplies” and the oldest girls wrote a book called “Growing Up Duggar.”
In accordance with their Christian values, the adult Duggar children have made headlines for their conservative courting methods.

Daughter Jill, who married Derick Dillard in June 2014 and became pregnant with their first child weeks after, is known for saving her first kiss with her husband for her wedding ceremony. People.com featured the family’s five rules for relationships in August 2014, which outlined the importance of getting to know each other’s family and saving a physical relationship for marriage.