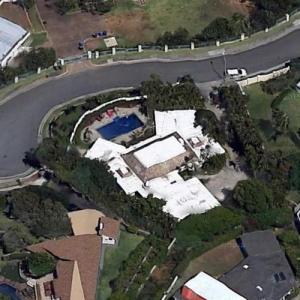 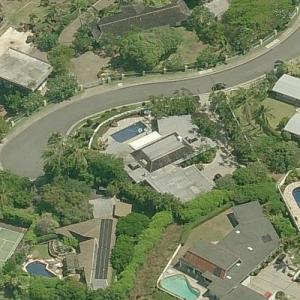 Best known for his show on A&E, "Dog the Bounty Hunter", which was cancelled in 2012 after 8 seasons. Dog also appeared in spin offs like “Dog and Beth: On the Hunt” and “Dog and Beth: Fight for their Live”. WGN America is in production of yet another spin off, set to air in later 2019.

Born Duane Chapman in 1953, near Denver, Colorado, to a bail bondsman and a minister, the one day bounty hunter ran away at 16 to join an outlaw motorcycle gang, the Devil’s Disciples. After a drug deal gone bad, Chapman was convicted of first degree murder in 1976 after his accomplice shot and killed a dealer. He would serve 18 months in prison, where his first wife, LaFonda divorced him and married his best friend. While inside, he would become inspired to become a bounty hunter after tackling an inmate attempting to escape. Then after being paroled in 1979 he became Dog the Bounty Hunter.

Dog would go on to work as a bounty hunter for decades, eventually earning time in the public eye for capturing Andrew Luster, a high profile criminal, and his subsequent jailing in Mexico for his actions taken to capture Luster. After being featured on Take This Job in 2003, a TV show about unusual occupations, A&E offered him a reality TV show. This show, Dog the Bounty Hunter, went on to air for 8 seasons until being cancelled in 2012. Chapman has also published two books about his life.

Married five times, the bounty hunter has five kids, and was recently widowed after Beth Barmoree passed from cancer.

Dog was recently in the news as he was sued over missing house payments in his Portlock house. As this Hawaii property is his main home, hopefully he has made better financial arrangements.

Dog’s career as a reality TV personality and bounty hunter has earned him a net worth of over 6 Million Dollars.
Links: www.youtube.com
97,762 views

Anonymous
@ 2009-07-01 17:47:37
There is no way this is Dog's house, on TV they show it an A-Frame style house with a pool in the BACK yard, not the front and a SHORT driveway, with cars always pooled in the driveway, there also is no way he lives across from the 80 million dollar estate from virtual hawaiian royalty...that's the house with the olympic sized pool on the water that includes the three parcels of land and the private harbor carved out of the reef...no basic architectural knowledge tells me this is NOT dog's house. Basic knowledge of Oahu, tells me this 'hood is too swanky with houses starting at 3 Mil.

iumelrose
@ 2009-07-01 19:39:00
That A-Frame they show was where they lived in the earlier seasons. If you watch the newer shows, they live in this house, when they are not in Colorado. I've attached a video of when Dog was arrested at this home. Also, Google Dog the Bounty hunter Portlock Road. These reality shows shell out tons of money per episode so it is no shock they can afford this crib.

Anonymous
@ 2010-05-11 14:00:00
it is dogs house if you watch this season (2009-10) you will see one episode where all the guys are playing tennis on the visible tennis court that is somewhat visible from the pool in the front. and yes he used to live somewhere else but he moved and i belive this season is his first season where he is at this house.

Anonymous
@ 2011-06-10 14:33:47
I just got back from vacation in Honolulu this morning. We rented a car and went down to the bottom of Portlock Drive a few days ago. On the east side of the street is Dog's house. It's quite obvious. He just up a new access gate that has a huge round photo of himself (20 years ago) and it says D.L. Chapman - Dog the Bounty Hunter. We took a few photos. Apparently, he's not trying to hide where he lives. PS: I've never seen the home of a famous person where they actually put up a photo on the security gate of them self. I like Dog but that seems a bit vain.