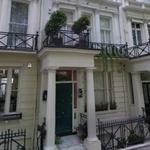 He owns 18% of the Swiss employment agency Adecco as well as a significant interest in AKILA Finance. With Klaus Jacobs, he was instrumental in bringing about the merger of the French agency, Ecco and the Swiss agency, Adia Interim that created Adecco in 1996. He serves on the Boards of Adecco, AKILA Finance SA and Securitas.
Links: en.wikipedia.org
1,349 views