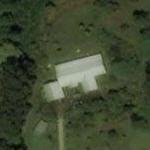 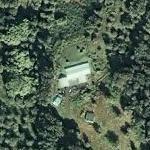 Barr became a stand-up comedian in 1980. In the late 1980s and early 1990s, she gained fame through her role in Roseanne a popular TV show. Barr was also known for an incident that sparked controversy. When performing "The Star-Spangled Banner" at a nationally aired baseball game on July 25, 1990 in what many perceived to be a deliberately disrespectful manner, Barr grabbed her groin and spat. This performance was met with condemnation from baseball fans and sportswriters, and was called "disgraceful" by then-President George H. W. Bush.

Roseanne was revived in 2018 on ABC. A ratings success, it was renewed for an additional season, but was canceled after Barr made a controversial tweet condemned as racist by many commentators. Barr referred to the tweet as a "bad joke"

On May 29, Barr sent out a racist tweet saying that a former aide to then-President Barack Obama, Valerie Jarrett, was a combination of the “Muslim Brotherhood” and “Planet of the Apes.” Barr has since deleted the inflammatory tweet and tweeted an apology.

ABC’s cancellation of one of TV’s most popular shows due to a tweet is unprecedented, and its loss has been felt by the network and the show’s cast. “Roseanne” earned an estimated $45 million in advertising revenue for ABC through its first season, according to Kantar Media. The firm estimates that the second season would have brought in as much as $60 million, with more through repeat episodes.

Roseanne’s net worth sits at about $80 Million, but is expected to drop in the fallout of her Ambien debacle.
Links: www.bergproperties.com, en.wikipedia.org
31,541 views