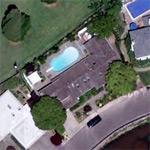 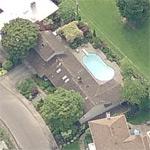 Dischinger was selected to the USA men's basketball team that won a gold medal in the 1960 Rome Olympics under head coach Pete Newell. As a starting guard/forward, he was teamed with future NBA Hall of Famers Oscar Robertson, Jerry West, and Jerry Lucas. The team was named to the Naismith Basketball Hall of Fame in 2010.
Links: en.wikipedia.org
1,337 views