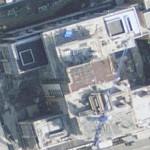 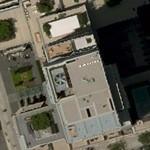 Had they known, they could have included the word "Mayors".

John Tory was elected mayor of Toronto on October 27, 2014. He maintains a number of residences including an estate / cottage on Lake Simcoe (see link at bottom), a home in America's most exclusive gated golf community, Lost Tree Village in N Palm Beach and a large Toronto condominium (5,000+ sq ft including terraces). The condo is located in the exclusive One Bedford Road building situated between Toronto's Bloor-Yorkville and Annex districts near the University of Toronto. The condo consists of a pair of 2+ bedroom units that were combined together and take up the entire north section of the building's 11th floor with expansive terraces that offer wrap around views of the Annex neighborhood and Yorkville making it one of the larger condos in Toronto.

Completed in 2011, there was a great deal of controversy when the 32 floor One Bedford Road was in its planning stage as it was to be located on the site of a Heritage Building, the John Lyle Studio. The facade of the studio was preserved along with an original fireplace both of which are part of the Starbucks that is located on the ground floor of One Bedford.

The condo could not be more convenient with access to the St. George Subway station directly across the road and just 4 stops from the mayor's City Hall offices. The mayor's unit is also just a stones throw (literally) from the Duke of York Pub on Prince Arthur Ave, the patio of which would be visible from his terrace. Other famous residents of One Bedford include Sonja Bata whose west facing 32nd floor Penthouse (actually much smaller than the Mayor's combined units) was featured in the Globe and Mail.
http://www.theglobeandmail.com/life/home-and-garden/real-estate/is-this-canadas-most-beautiful-condo-a-look-at-sonja-batas-home/article17597483/


Articles about John Tory with photos and mention of his Bedford Rd condo.

Links to maps of mayor Tory's other homes: