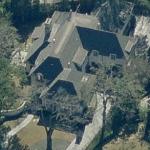 By borlefborlef @ 2013-09-17 15:04:25
@ 29.74860385, -95.4215759
Houston, Texas (TX), US
He currently serves on the boards of North American Energy Partners and Universal Fiber Systems. Billy has served as Chairman of the Board of Royster-Clark, Purina Mills and Exopack and as a Director of Panolam Industries, Propex and Sterling Diagnostic Imaging.

Previously, Billy worked in banking and mergers and acquisitions. He also represented foreign investors in purchasing and managing companies in the United States in the oilfield service, manufacturing, distribution, heavy equipment, and real estate sectors. Billy began his career in Houston in 1974 at Texas Commerce Bank. He received a B.B.A. in economics from Transylvania University and an M.B.A. from the Owen Graduate School of Management at Vanderbilt University.

His son Gordon was arrested in 2012 for child pornography.
Links: sterling-group.com
1,267 views