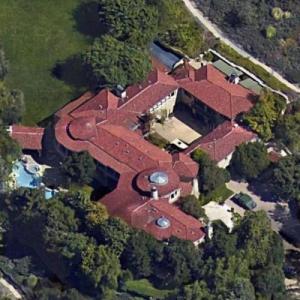 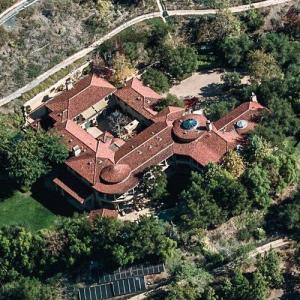 By neotrix @ 2007-08-19 02:34:13
@ 34.07968487, -118.49944081
Los Angeles, California (CA), US
Arnold Schwarzenegger is a native Austrian who literally built himself up into the famous man he is today through bodybuilding. Starting at age 15, Schwarzenegger began his career in the industry and won the Mr. Universe title at age 20. He went on to win other competitions and wrote several books on the subject of bodybuilding. He is still known as one of the greatest body builders of all time. Afterward bodybuilding he became a recognized actor through the film "Conan the Barbarian" and later stared in "The Terminator." He did several other films before shifting gears to politics as the republican governor of California. He served two terms being the Govenor of California from 2003-2011. Schwazenegger returned to acting in 2011 appearing in "The Expendables" and starring in "The Last Stand."

Schwarzenegger and Maria Shriver have 4 children together and owned several properties and vacation homes together. Maria was the niece to John F. Kennedy. They divorced in 2011 after Maria could not forgive him for fathering a child with his mistress. She had found out and suspected it and confronted him which he then admitted to having the affair 14 years earlier. Schwarzenegger claims he didn't realize the child was his until he was around 8 and would stare at Arnold. Afterwards other women claimed to also have had illegitimate children with him but those claims were never validated. Arnold Schwarzenegger is estimated to have a net worth of $400 million as of 2018.
Links: hauteliving.com, en.wikipedia.org
199,155 views