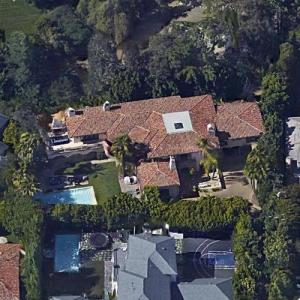 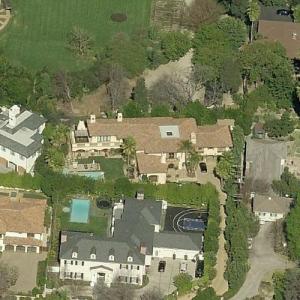 She played Hannah Montana, a girl who has a secret life as a pop star. The Disney Channel series premiered in 2006 and ended in 2011.

Her famous father, Billy Ray Cyrus, is a country music singer, best known for the song “Achy Breaky Heart.” Her mother, Tish, is her manager. Miley’s original name was Destiny Hope Cyrus, but she gained the nickname Smiley when she was very young, which was shortened to “Miley”. She changed her name officially to Miley Ray Cyrus in 2008.

As Miley made the transition from child star to pop singer, she made headlines with her appearance at the 2013 MTV Video Music Awards with Robin Thicke. She became known for her sexualized dancing on stage and the dance style known as “twerking.” Her performance created controversy and debate covering the gamut from sexuality to race relations.

She has released four albums as of 2014 and won several music awards, including Video of the Year at the 2014 MTV Video Music Awards. She has appeared in several movies, including “The Last Song” from Nicholas Sparks, “Bolt,” and “LOL.” Miley has been included on the Forbes Celebrity 100 list for several years.

Miley is active in many charities and benefit concerts, including Habitat for Humanity, The Elton John Aids Foundation, Youth Service America, and Make-A-Wish Foundation. She has been recognized by Do Something as the 14th most giving celebrity. Her causes often involve children, AIDS/HIV and various relief efforts.

While the Toluca Lake home is her family home, Miley owns a $3.4 million home a couple blocks away, with 4 bedrooms, 4.5 bathrooms, and a tennis court.

The family purchased the 6-bed, 7-bath, 8,299 sq ft Mediterranean-style mansion in May of 2007 for approx. $5.838M, according to public records. Sometime in the late 'aughts, it was deeded over to Miley alone. She eventually sold it in 2015 for $6M to oil heiress and philanthropist Ariadne Getty.
Links: en.wikipedia.org, www.celebritynetworth.com, en.wikipedia.org, en.wikipedia.org, www.forbes.com, starmap.com, www.tishcyrus.com
191,043 views