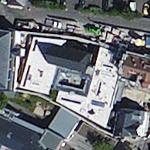 By jdubble07 @ 2013-10-25 06:24:19
@ 50.3887329, 8.06590157
Limburg An Der Lahn, Germany (DE)
In 2013 the Bishop of Limburg Franz-Peter Tebartz-van Elst was accused of lying and of squandering church money. He had had a new episcopal headquarters built and was said to have lied about the cost of it, which is reported to be 31 million euros. He was also accused of flying first class to India, where he went to help poor children.[1] He rejected calls to resign and the Vatican sent Cardinal Giovanni Lajolo to try to resolve the situation. All the accusations are currently under investigation. The attorney general of Cologne is investigating the bishop. On October 13th the bishop traveled to Rome to discuss the situation with the Vatican Curia. On 23 October 2013, Tebartz van-Elst was suspended by Pope Francis as bishop of Limburg. In his absence, the bishop's diocese will be administered by Limburg's vicar general, Wolfgang Roesch.
Links: en.wikipedia.org, www.theguardian.com
600 views