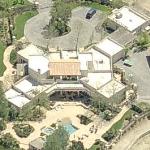 
Levant was born in Highland Park, Illinois. He started his career in 1977 as a writer for the TV series "The Jeffersons". He also wrote for, among other TV shows, Mork & Mindy, Still the Beaver, and Happy Days.


He is best known for directing the films Beethoven, The Flintstones, Jingle All the Way and Are We There Yet?.
Links: en.wikipedia.org
1,502 views