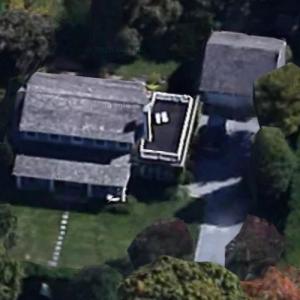 By jdubble07 @ 2017-07-19 10:15:06
@ 40.886582, -72.410797
Southampton, New York (NY), US
Chris Cuomo is an attorney who is a CNN anchor who is the co-host of CNN's morning show "New Day" with Alisyn Camerota and Michaela Pereira, and he owns this house. He is the son of the late Mario Cuomo who was the 52nd Governor of New York for three terms, from 1983 to 1994. Cuomo is an American television journalist, best known as the presenter of Cuomo Prime Time, a weeknight news analysis show on CNN. Cuomo has previously been the ABC News chief law and justice correspondent and the co-anchor for ABC's 20/20, and before his current show, he was one of two co-anchors of the weekday edition of New Day, a three-hour morning news show, until May 2018

Cuomo has received multiple Emmy Award nominations. His Good Morning America profile of the 12-year-old poet Mattie Stepanek was recognized with a News Emmy, making Cuomo one of the youngest correspondents to receive a News Emmy in network news history. He has also been awarded Polk and Peabody Awards for team coverage. His work has been recognized in the areas of breaking news, business news, and legal news, with the Edward R. Murrow Award for breaking news coverage, the 2005 Gerald Loeb Award for Television Deadline business reporting for "Money for Nothing?", and the American Bar Association Silver Gavel Award for investigating juvenile justice

Chris Cuomo has a net worth of $12 million. Cuomo makes $6 million annually for his roles at CNN. Cuomo's early career as a journalist included appearances on CNBC, CNN, and MSNBC. He was a correspondent for Fox Files on Fox News where he covered controversial social issues. Cuomo also worked as a political policy analyst for Fox News. He did a year-long assignment covering the heroin addiction affecting suburban families for ABC's 20/20. Cuomo was the chief law and justice correspondent for ABC News. He covered the earthquake in Haiti, bullying, and homeless teens. He's also affected change in a number of industries after reporting on them including his undercover look at for-profit school recruiters. Additionally, Cuomo's tip from a BMW owner led to the recall of more than 150,000 cars.
Links: en.wikipedia.org
27,064 views