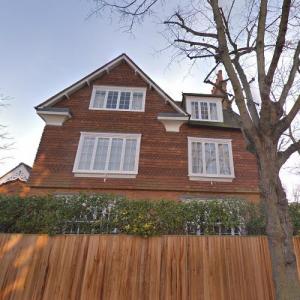 StreetView
By BermudaBreeze @ 2011-02-14 09:30:46
The English film, television, and stage actor Lives here. Firth first gained wide public attention in the 1990s for his portrayal of Mr. Darcy in the 1995 television adaptation of Jane Austen's Pride and Prejudice. Firth has received two Academy Award Nominations for his roles in A Single Man and The King's Speech, 5 BAFTA Nominations, winning the BAFTA Award for Best Actor in a Leading Role for his role as George Falconer in A Single Man and repeating his success the following year for his portrayal of King George VI in The King's Speech.
Links: en.wikipedia.org
22,401 views

Comments have been disabled for this map
Similar Maps: Homes - Celebrity - Entertainment - Actors