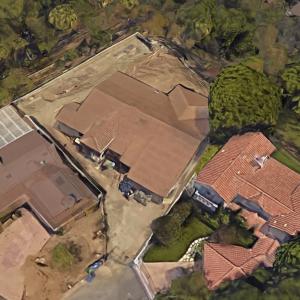 His house was purchased in April 2017, and is considered the headquarters of the “Vlog Squad” – a group of vloggers who contribute and participate with Dobrik. The squad consists of members who make appearances on a regular basis throughout his vlogs and channels. Dobrik was romantically linked to squad member Liza Koshy, another YouTube personality, from 2015 to 2018. They remain close friends and linked by social media. One noted connection to his Vlog Squad was his brief role of step-father to member Jason Nash, after he married Nash’s mother Lorraine on May 15, 2019. Dobrik announced the marriage was over on June 12, 2019 and divorce papers were announced via social media in November 2019.

Dobrik’s Vlog Squad house has four bedrooms and 3.5 bathrooms, with a 2-car garage. It features custom cabinetry and French oak hardwood floors. Built in 1953, it features 2,887 square feet of space, with an open floor plan in a Mediterranean style.

Dobrik is known for his work ethic, as well as his pranks. Born in Kosice, Slovakia in July 1996, he moved to the United States when he was 6 years old. He started gaining popularity on the social media platform Vine, and then YouTube, where he has channels David Dobrik and David Dobrik Too. He has been honored with many awards including Vlogger of the Year at the 2017 Shorty Awards, and Breakout Creator at the 2017 Streamy Awards. He has been a judge on America’s Most Musical Family and was in the movie The Angry Birds Movie 2 as the character Axel.
Links: en.wikipedia.org, www.celebritynetworth.com, www.forbes.com, www.velvetropes.com, www.youtube.com, globalfilmlocations.net
138,466 views